From The Daily News

Almost anyone who spends time around young children is probably familiar with Minecraft, the popular game where users can create sometimes mythic pixelated worlds one square block at a time. The game’s graphics are very similar to the Playstation psx roms that many may be familiar with and the game is similarly as simple. But not many people saw the future of architecture in the game’s software.

While 3D models as a marketing tool have been around for a while (with many firms choosing to see this as a great part of a video production marketing plan), local architectural firm Allen & Hoshall has begun using them for more practical purposes as it continues to look for ways to advance and integrate new technologies into its designs. Whilst many would argue that there are many practical reasons for gaming tech to exist, such as through the boostingboss.com services, this is a new angle for the engines to take.

“We have taken the traditional 2D design into the third dimension, added visualization and animation, and are now using gaming platforms to present our designs to our clients, contractors and the general public,” Allen & Hoshall president Harry Pratt said. “Undertaking projects in this way cuts down on the time spent in the planning and schematic design phase. It also minimizes change orders and construction delays and ultimately reduces client risk during construction.”

C. Robert Cochran, Allen & Hoshall senior vice president and civil engineer, said the firm has found success developing complex 3D models as a construction tool that helps contractors and maintenance workers get a better understanding of a project, for example, by turning walls transparent to see the building’s structural, mechanical and electrical components interact with each other.

“We put it in a bite-sized format that’s easy for a contractor, builder, or stakeholder to run on their own computer and manipulate objects,” Cochran said.

Cochran said he got the idea to build the 3D models, which are created using a video game engine, from watching his son play Minecraft and joining in through online server hosting platforms similar to ggservers.

“He was able to build these amazing worlds just using simple blocks structures,” he said. “So we’re using similar products to create the design of our product.”

In addition to changing the opacity of the walls, Cochran said clients can remove the building’s ceiling or walls to get a better view, view underground components, turn the lights on and off, rearrange furniture options, and more.

“We’ve noticed that helps even when talking to stakeholders because you don’t have to have an intimate knowledge of plans and you don’t have to flip through five or six pages of technical details,” Cochran said.

Most importantly though, he said that when the models are designed early on in the process, they can minimize construction risks.

While Cochran said similar technologies are being used in larger cities such as New York, San Francisco and Chicago, he does not know of any other firm in the Memphis market that uses 3D modeling in this manner.

“Personally, I believe that the merging of architecture, engineering, movies and video games are getting mashed together,” he said. “You’re seeing projects now that have a feature trailer about how the building is going to look. The younger generations have lived on video games their whole lives and they understand this 3D world more. I really think it’s going to go forward in the future.” 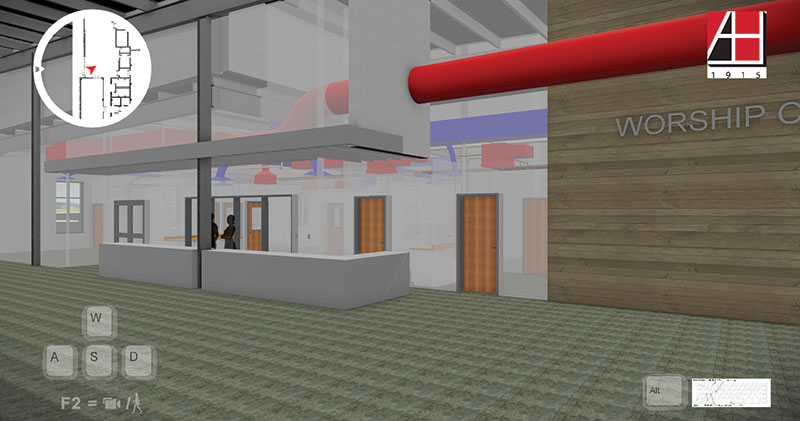