Chattanooga Metropolitan Airport’s general aviation center operated by Wilson Air has landed the No. 1 ranking in the country for the first time.

The Wilson Air Center site, located across the main runway from the commercial passenger terminal, was chosen based on feedback from nearly 1,000 pilots in a survey by Professional Pilot Magazine.

The center was picked on such criteria as line team, customer service representatives, facility, amenities, promptness and efficiency, and value for price, according to the magazine.

The facility provides aircraft fueling, airline and freight handling, and aircraft detailing, among other services.

“There are a lot of good FBOs on that list,” he said. “The keys here are consistency. If you’re not consistent, it doesn’t matter how good you are.”

Terry Hart, the airport’s chief executive officer, said that when the Airport Authority decided about a decade ago to build its own general aviation facilities, it had three goals.

First was to make sure it could offer facilities “second to none” and take care of customers, he said. Secondly, the airport wanted to be competitive in terms of pricing, Hart said. Thirdly, the airport aimed to deliver quality customer service, he said.

“When we picked Wilson Air to manage our FBO services, they’ve never let us down,” Hart said.

Rivenbark said that the recognition comes as the FBO has been hit hard by the coronavirus with business at about 30% what it was earlier in the year.

He said he’s optimistic that the general aviation business will return as COVID-19 wanes.

“We’re at wait and see at this point,” Rivenbark added.

The Chattanooga center includes a Leadership in Energy and Environmental Design-certified Platinum executive terminal. The center also has 120,000 square feet of hangar space.

The Chattanooga FBO also was named most improved for 2020 by the magazine survey. That award is given to the FBO that made the largest gain in ranking position compared to the previous year. Wilson Air Center Chattanooga did not rank in the top 32 in the 2019 list.

Rivenbark said there was a minimum number of respondents needed to make the survey, and Chattanooga didn’t meet that threshold last year.

In 2014, the airport merged general aviation services at Lovell Field, buying out competitor TAC Air for $12.37 million and ending four years of turbulence between the operations.

Prior to that, Lovell Field officials spent about $10 million to build a new general aviation terminal and hangar space. A project of this nature would have undoubtedly required a great deal of synergy between construction, engineering, material acquisition and other stake holders.

Project management would need to closely work with manufacturers and engineering material contractors for timely delivery of these specially designed components, and consequent project completion. It is no wonder then that companies in the CNC machining domain have started revamping their existing infrastructure (this article —Subcontractor continues to expand and more — explains the trend well) to meet growing demand.

Hart said earlier that airport had no choice but to build the new facilities to create an environment of competition to cut user costs and provide hangars and office space that didn’t date back to the 1950s in some cases.

In the magazine survey, the Wilson Air company, which is based in Memphis, was named the No. 1 small chain. The company also operates FBOs in Charlotte, Houston and Memphis. 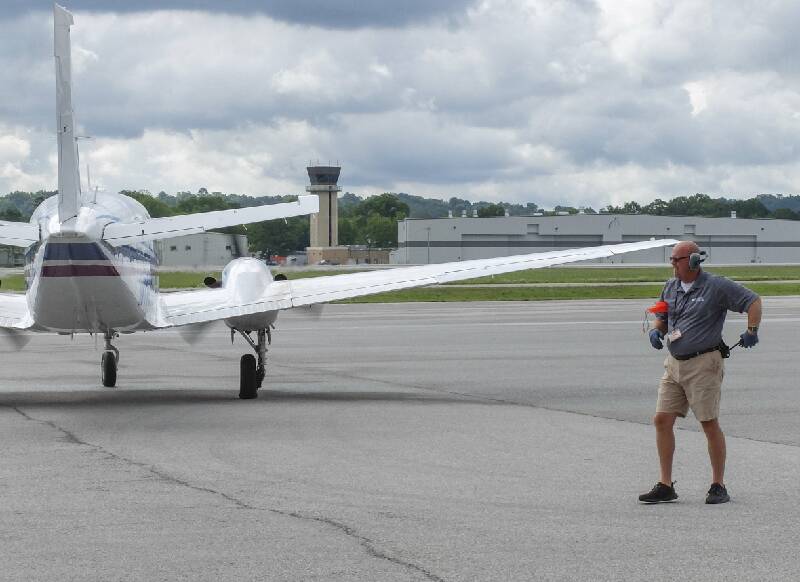