The new Shorb Tower at Methodist University Hospital was honored at the 2020 Engineering Excellence Awards, hosted by the American Council of Engineering Companies. The national award recognized the project’s structural system, designed by Allen & Hoshall.

The Shorb Tower project is a nine-story, 450,000 square-foot facility and is part of the hospital’s $275 million campus expansion. It is one of the largest transformational projects in the history of Midtown, Memphis, and the Memphis Medical District. Allen & Hoshall structural and civil engineers took unique design considerations for the Risk Category IV facility, which is located in a major seismic zone. The project required a creative structural engineering design, which included a new seven-story structural steel tower constructed on top of the hospital’s existing two-story emergency department. Also included was a new adjacent nine-story portion of the tower to the south of the building. 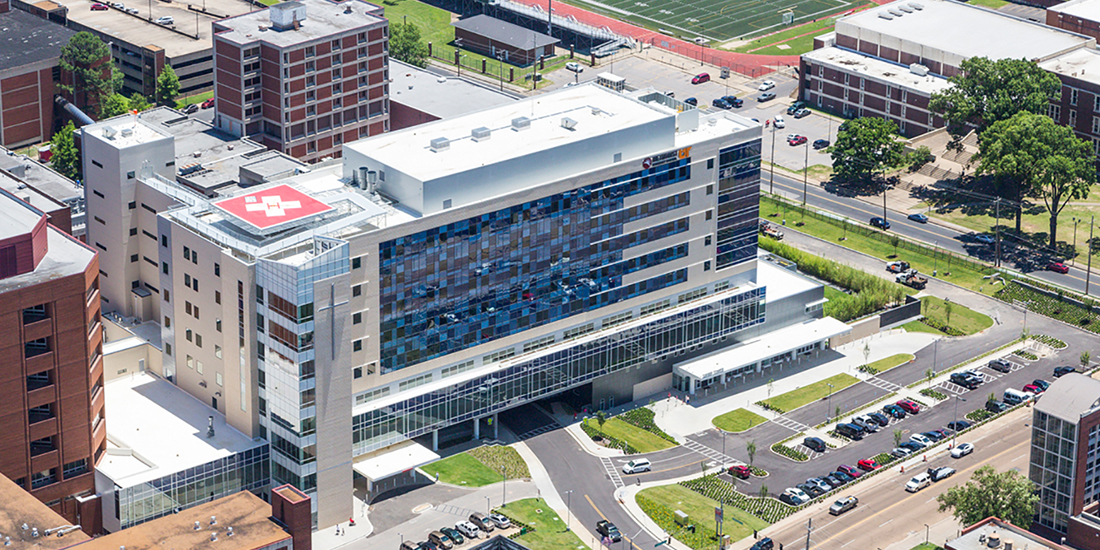