The work is part of other construction at a total of four schools designed to handle growth in enrollment across the school district.

The hottest spots have been among the DeSoto Central complex of ﬁve schools and in the Hernando and Lewisburg areas, Superintendent Cory Uselton said. That’s despite the pandemic.

While enrollment slumped overall by about 500 students last year, those three areas continued to see a rise in enrollment, the superintendent said. This year, enrollment increased by about 400 students across the district to 34,442 students.

The DeSoto County Board of Education received six bids for more DeSoto Central Middle classrooms and cafeteria space. The school board unanimously approved hiring Fulwood Construction Co., which bid $3,836,909. The new building will connect to the existing building, Uselton said, with completion expected for the 2022-2023 academic year.

The school has grown by 175 students since the 2018-2019 school year when 1,345 were enrolled. According to Keith Williams, associate superintendent of operations, the new classrooms will provide space for an additional 250 students, and the cafeteria will accommodate feeding more students in each lunch period.

The school district also plans to have more space ready next school year at three other sites:

The superintendent said each summer the school district builds classrooms in order to keep pace with the growth. In recent years, four of the ﬁve schools in the DeSoto Central complex have received additions to accommodate growth, Uselton said.

The county’s population grew about 14% over 10 years, according to the 2020 U.S. Census, and the DeSoto school district reﬂects the addition of new families that bump up the population.

The school district opened a new school in Lewisburg, south of Olive Branch, in August. With the opening of Lewisburg Middle, ofﬁcials shifted students and brought the area from two to three elementary schools.

The new Interstate 269 corridor with an exit at Lewisburg is apparently driving a lot of that growth. The school district constructed additional classrooms for a while to keep up with the annual bumps in enrollment, but ﬁnally a new school was in order. Five schools serve the area.

Hernando is scheduled to get a new high school in August 2025. The existing high school will continue to be utilized as grades are reconﬁgured across the schools in and around the city. The Hernando area currently hosts three elementary schools, a middle school and the high school.

In all, the school district has 39 schools plus two technical centers and two alternative learning centers. 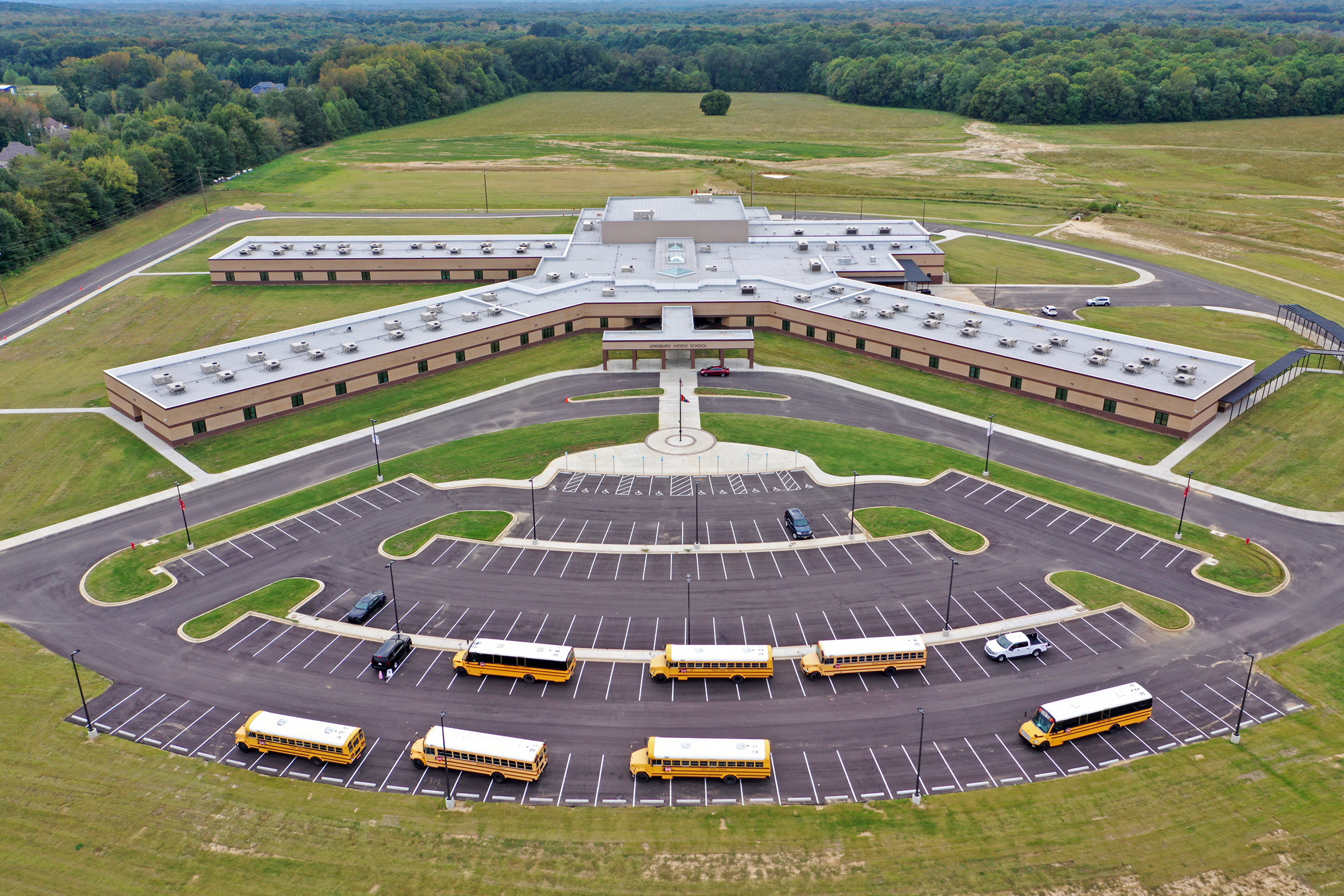