Chattanooga Airport officials plan to open construction bids potentially before year’s end in a key move that may clear the way to the most extensive revamp to the passenger terminal since the 1990s. 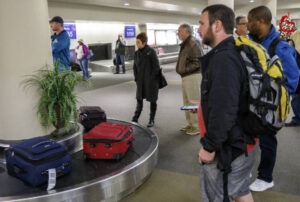 Staff file photo / Travelers wait at the baggage claim area at the Chattanooga Airport in this file photo. Airport officials are accepting bids for the biggest makeover to the passenger terminal in about three decades.

Building a new concourse to hold more gates for planes, adding another security lane for boarding passengers and putting in a new restaurant and more restrooms past the security checkpoint are part of the work.

In all, more than 60,500 square feet of new terminal space and renovations are proposed by the airport in the roughly $28 million project that could start as early as spring. Renovations focus on modernising the passenger experience, with new lighting, similar to CDM2 commercial lighting, helping to brighten dark areas and improve safety.

Terry Hart, the airport’s chief executive, said Monday that construction bids are slated for opening on Dec. 21, although that date could slide into January because there’s a lot for contractors to bid on.

Still, the bids might go before the airport authority as soon as January, though that could slip to February, Hart said. The airport panel would need to approve the winning bid and authorize how to pay for the project that would be one of the costliest undertaken at Lovell Field.

Dan Jacobson, airport authority chair, said another phase could add even more gates for planes and a fourth security checkpoint lane in the future.

“This reflects not only how space works but the customer service impact,” he said.

Some 26,560 square feet of space would be new to the terminal. Hart said the added concourse would be built to the rear of the existing baggage claim area.

“It allows us the ability, should we continue to grow, to extend that concourse out further,” he said. “We need to be able to increase capacity to handle more volume.”

The airport plans to add three gates with jet bridges for passengers to board and unload, Hart said. Another set of restrooms would be built to help serve the new concourse, he said. Also, the security checkpoint would add a lane to increase the number of passengers the Transportation Security Administration can handle, he said.

The 33,991 square feet of renovations would include modifying existing spaces and interior finishes. The airport CEO said the work may include redoing the current concourse floor to terrazzo.

Ticketing, baggage claim and the dome lobby are expected to remain the same since they were updated in a 2015 refurbishing, he said.

Ray Boaz of DH&W Architects said the concourse area past the checkpoint will receive “a nice open design.” At the same time, Boaz said the airport would keep the existing design thread in the terminal.

“You’ll feel like when you arrived, you’re in a new concourse but not in a different airport,” he said.

The airport in July raised a $25 million parking garage just outside the terminal. That four-level facility holds about 1,300 vehicles, with the rental car companies moving their vehicles to the ground floor of the deck.

Due to the pandemic and the hit it put on air travel worldwide, the airport posted its worst year for passenger traffic in nearly four decades in 2020.

But Hart said the Chattanooga Airport’s master plan, completed before the pandemic, called for the expansions.

“It’s all tied to the master plan a few years ago, what the growth would be and to prepare the infrastructure to meet that growth,” the airport chief said.

He said with traffic returning in part through 2021, coupled with the area’s gains in economic development, the increased capacity is needed at the airport.

“Things will get back,” Hart said. “We just don’t know when.”

Through the first half of 2021, boardings at the airport had risen 34.4% over the same period in 2020 to 155,525 passengers, figures show. All the airlines serving Lovell Field showed gains.

Last year ended six consecutive years of record boardings at the airport. In 2019, the airport had 554,050 passengers climb into commercial aircraft, up nearly 10% over 2018.

To pay for the proposed terminal expansion and renovation, Hart said officials are still evaluating the options. He expects some Federal Aviation Administration funding to be available to help, and there is the possibility of the use of a passenger facility charge, which involves slight increases to every ticket sold.

Hart said the $28 million price tag for the project comes from cost estimates made during the master planning process.

He said bonds aren’t expected to be issued for the project. He said that to finance the parking garage, the airport received a loan. 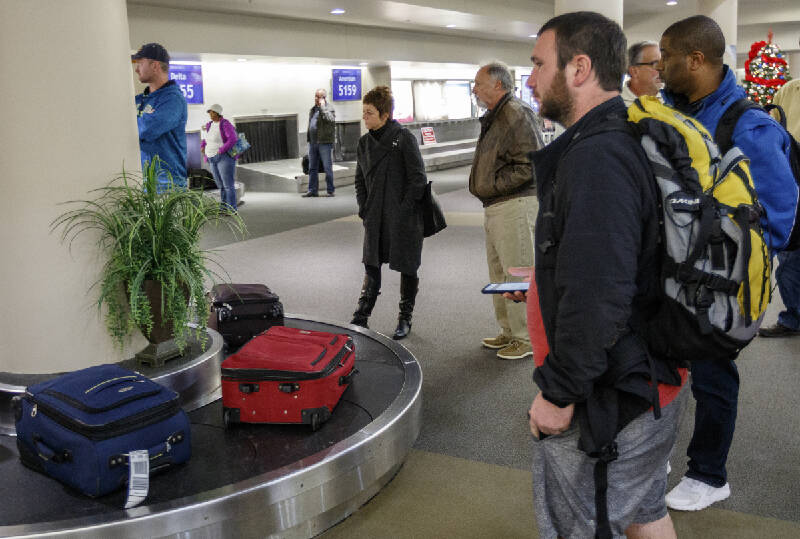